Evergreen's staff client is a web application that runs inside a web browsers. Evergreen officially supports Google Chrome and Mozilla Firefox though other browsers may work as well.

Previous to the web client being released a local application was used for Mac, Windows and Linux.

Recommended Hardware
The staff client must be installed on each staff workstation and requires at minimum: Windows (XP, Vista, or 7), Mac OS X 10 or later, or Linux operating system
4GB RAM or greater
Dual Core CPU or greater
Broadband internet connection. The staff client uses the TCP protocol on ports 80 and 443 to communicate with the Evergreen server. See also http://docs.evergreen- ils.org/2.3/_staff_client_requirements.html

Please note – other hardware may run Evergreen but may not be supported by your consortium. Always check with local IT staff for any local minimum requirements.

How much free memory do I have available in Windows?

From the Start menu, select “run” and enter taskmgr.exe then press return. 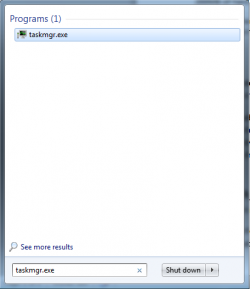 From the “Performance” tab look for the Physical Memory (MB) section’s “Available” value. This should be 300 or greater for the Evergreen Staff Client to perform at its best. 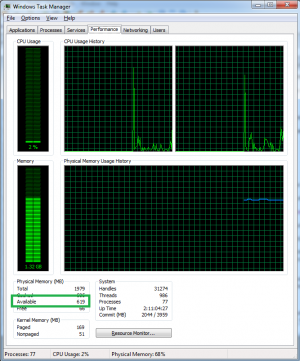 There is a lot of variance here, depending on expected load/use, the size of your data, the performance you require, and the amount of redundancy/availability/failover you want. The entire Evergreen server can run in a 1GB virtual image. It can also be spread out across multiple servers, with different requirements for different components. It requires some flavor of Linux, though may possibly run on other POSIX systems.

Typical "Brick" for an Evergreen Cluster

Brick: hosts PAC services (both staff and public). Each brick is ideally comprised of two servers, a front running apache, and a back running drone services (auth, circ, cat, search). At smaller scales, the front and back can be on the same server.

Backend (holds,fines,A/T,etc.): runs the drone services that would generally be considered background/scheduled work. Examples would be processing holds as books are checked in, handling fines, email notifications.

SIP2: Partially depends on the back end or a drone,but is a good candidate to separate out. SIP2 generally requires ~60-180MB per connection (lower while idle). Every self-check station will require it's own connection, as will many other things like PC reservations.

Logging(via syslog protocol): For security & problem detection/analysis,all of the other roles report to a central logging location.